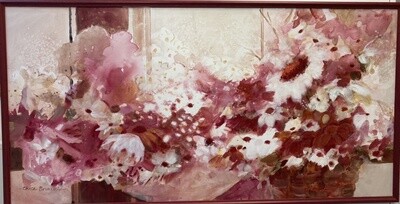 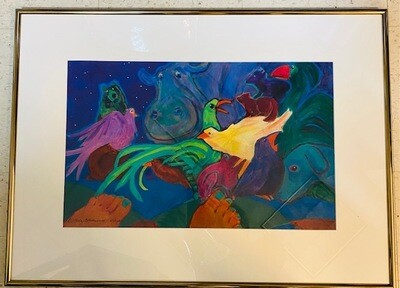 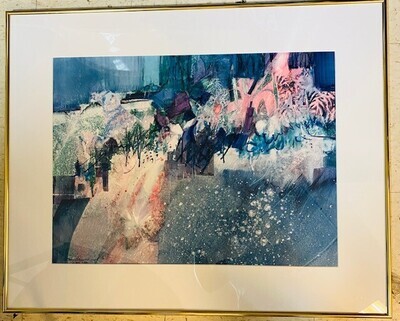 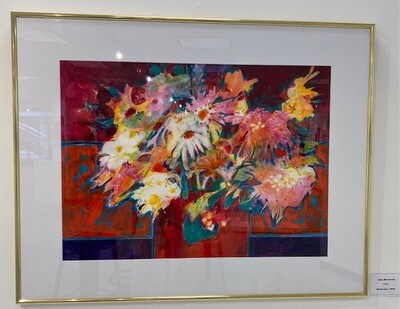 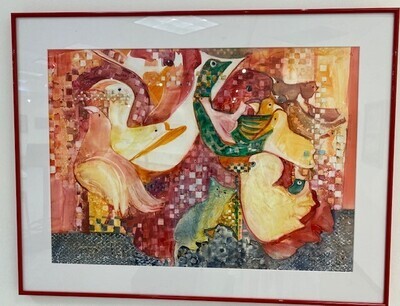 Birds Too Big
Birds Too Big
$450.00
Display prices in: USD
CHICA BRUNSVOLD, the daughter of an imaginative yankee linguistics professor and a southern  steel magnolia, was  raised in the academic atmosphere of Ann Arbor, Michigan. After two years of the U of M’s Lit School she opted for its Art School. Her life became forever infused with an artistic outlook. After earning an MA in Art, she moved to VA and became an Illustrator General for the CIA and then the Industrial College of the Armed Forces.  She soon married a supportive and level headed engineer/law student who became  partner in what is now the largest patent law firm in the country.  After five years, she sensibly resigned from Government work, to concentrate on their daughter and painting.  When their daughter left for college she immersed herself in her artwork.  She is now the doting grandmother of two and an award winning artist.

She has been on the faculty of the Ohio Watercolor Society Seminars,  Stretching The Boundaries for Creative People, III, IV and V  held in 1997, 1999 and 2002.She has presented a number of programs,  mini workshops and has judged exhibitions both in state and out.  She has had 25 one person exhibitions of her work in museums, art centers, galleries, universities, theaters, office buildings, and hospitals.

Her work is in Splash 10 published by North Light Books in 2008 and in the North Light books The Artist‘s Muse by Betsy Dillard Stroud,  Celebrating Your Creative Self and The Creative Edge by Mary Todd Beam. It is also in  The Artistic Touch 3,4 and 5, published by Chris Unwin of Creative Art Press and in the articles:  “Hide & Seek” ~The Creativity Workshop, The Watercolor Artist, February 09;  Competition Spotlight  The Artist’s Magazine, March 09;  “Painting the Now”  Watercolor Magic April 2006,  “Dancing on Paper”  Watercolor Magic September 2004, “Ones to Watch”   Watercolor Magic: Yearbook 2001   and “It Ain’t Over Till It’s Over”  Watercolor Magic Creativity 2001. She was a finalist in The Artist s Magazine Contest for 2008 and 2009.  She is listed in Who’s Who in American Art. She is a charter member and a former president of The Potomac Watercolorists. She is represented by The Art League in Alexandria, VA.

Imagining and imaging is always an adventure.  My amorphous, spontaneous splashings develop into some surprising shapes as I view them across the room, upside down, in the mirror and especially in the semi-dark.  After patient observation, I can usually coax previously hidden shapes into definite images and structures.  My paintings may remain totally abstract, but many eventually evolve into recognizable subject matter, florals, landscapes, figures, and my specialty: ZOOILLOGICALS® .