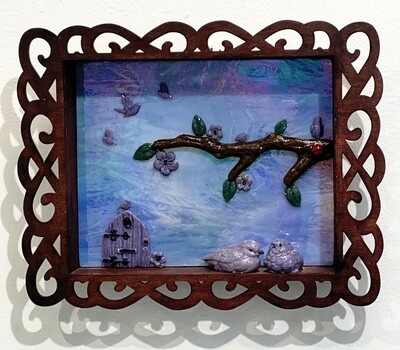 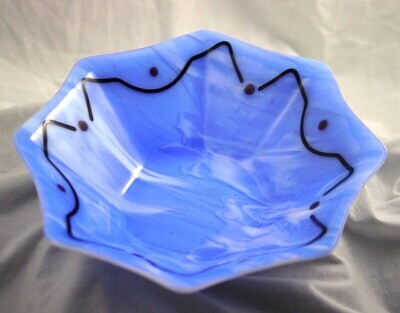 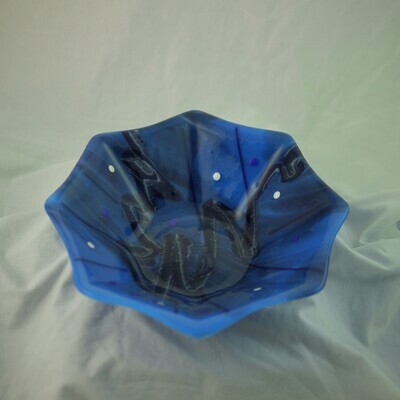 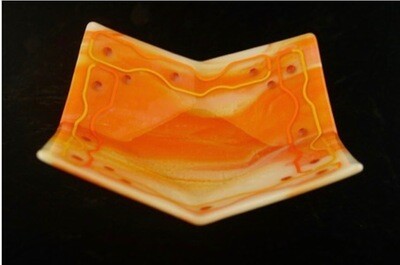 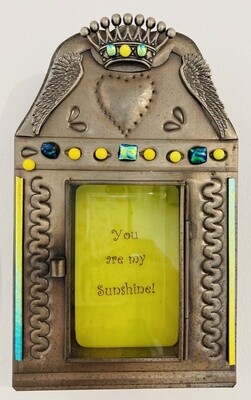 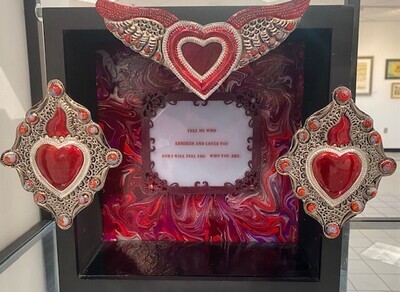 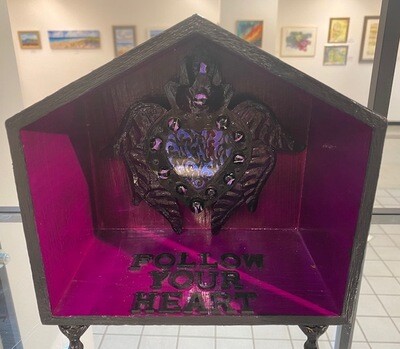 Glass is a beautiful luminescent medium, which is amazing to experience visually. The play of light through the glass changing its color and consistency creates visual sensations that are rarely paralleled in other materials. This play of light on glass also emphasizes the amazing textures of glass. I am drawn to the beauty in glass that comes out in its changing colors and textures. I strive to call attention to the texture and color of glass by creating a three dimensional experience for both the eyes and the hands. By layering handmade glass dots, pulled cane, and cast images on my work, I create realms of texture and layers of color that can be seen with the eyes and felt with your hands.

Buddha Kitty Glass is the fused glass art of Steena Fullmer-Anderson. Steena has a life-long passion and fascination with all types of glass. She was raised in a small town in the San Juan Islands in Washington State, where she collected beach glass as a child. A trip to Europe in college spurred a fascination with stained glass. After returning home, Steena took her first class in glass art at a stained glass workshop. This workshop began a long and diverse journey through the numerous glass art disciplines. As a resident of Seattle, Washington Steena was surrounded by glass art. The Seattle area in renowned for its glass art community. While living in Seattle, Steena studied with many of the phenomenal glass artists in the area. After a decade of working with glass in her free time, Steena decided to leave work for the government and pursue glass art full-time. In 2008, Steena launched Buddha Kitty Glass, named after her cat who would sit at her feet while she worked on her first stained glass window. Steena is now a proud member of several artist co-operatives and galleries in Virginia and a Juried Artist of the Virginia Artisan Center.